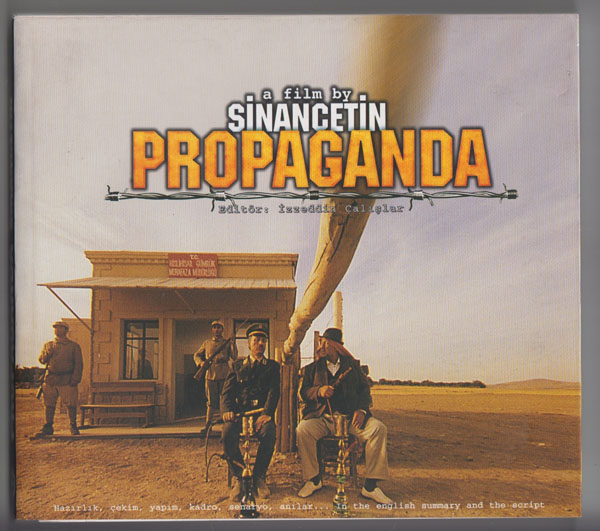 Propaganda: A film by Sinan Cetin

Condition: Fine with no dust jacket

No defects. This is an oblong softcover book in wrappers. Book is new and unread. . The story of the making of the Turkish film Propaganda. Text is in Turkish, photo captions are in Turkish and English. An English summary of the production and the complete script are also included. Profusely illustrated with still photos from the film along with many photos taken during the filming of cast and crew. The film was released in 1999 and received generally excellent reviews -- but the remaining reviews were terrible. This is evidently a film that one either loves or hates. A beautiful copy. . Trade...
View More...